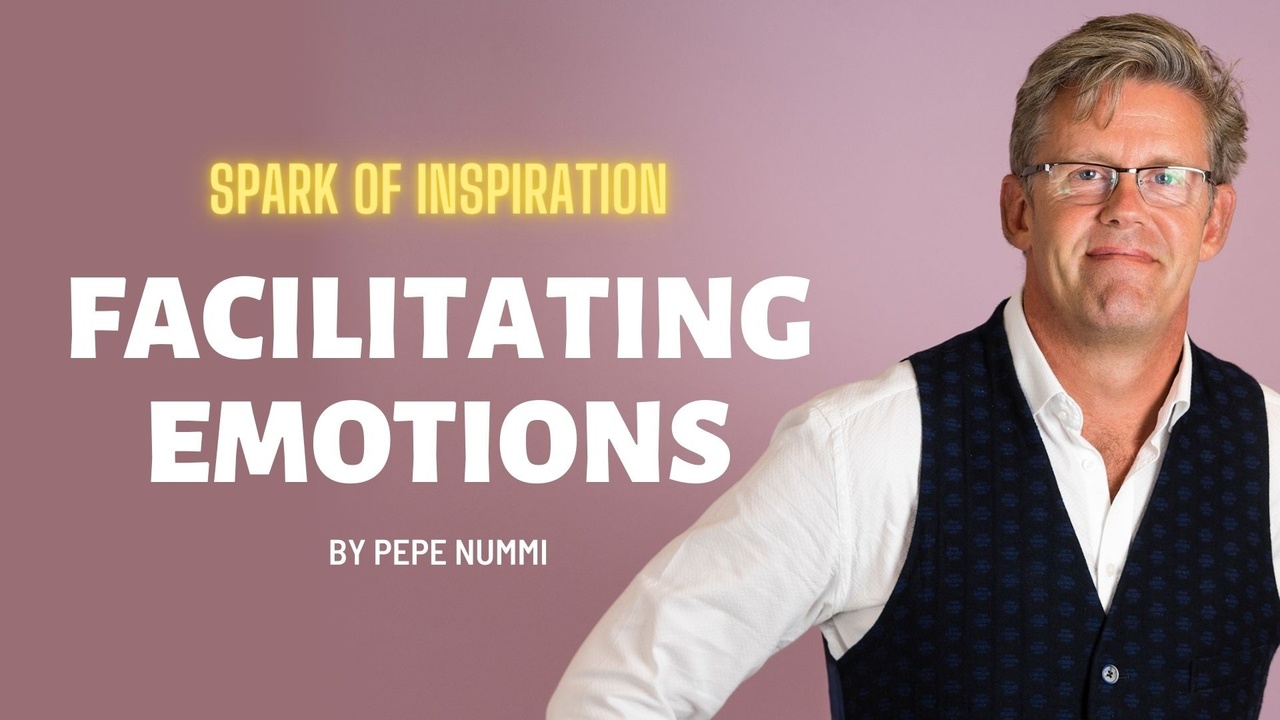 Last time I checked we still have jobs.  We haven’t been automated out of our careers and replaced by machines just yet.  Like it or not, this means that emotions will sometimes pop up unexpectedly in professional contexts. Emotions determine how motivated we are, the dynamics between us and another person, and how safe and fulfilled we feel day to day. I’m sure that all of you reading this are fantastic, capable, and professional.  But with that said, we all have had bad days too.  It’s safe to say that emotions carry a big impact in professional settings, but many people hate to deal with them and prefer to ignore them completely!  Some leaders’ first instinct is to panic when they have to manage emotions and lead a group through conflict.   Thankfully, there are group tools that use emotions as a focal point. These tools don’t simply manage emotions so that they go away.  Good emotional tools do more.  They force people to lean into their emotions and address what they are feeling and why.  Does this sound a bit scary?   Perhaps the idea of people in your organisation talking about their feelings seems far-fetched? It’s not that difficult or demanding, I promise.

One fear that keeps people from addressing their emotions is the fear of being misunderstood. What if others don’t feel the same thing you do?  Are you the only one upset by something? Could a colleague understand what you are feeling?  American psychologist Carroll Izard was a pioneer in developing emotional theory, and he believed (and proved!) that there are ten basic emotions which everyone experiences: 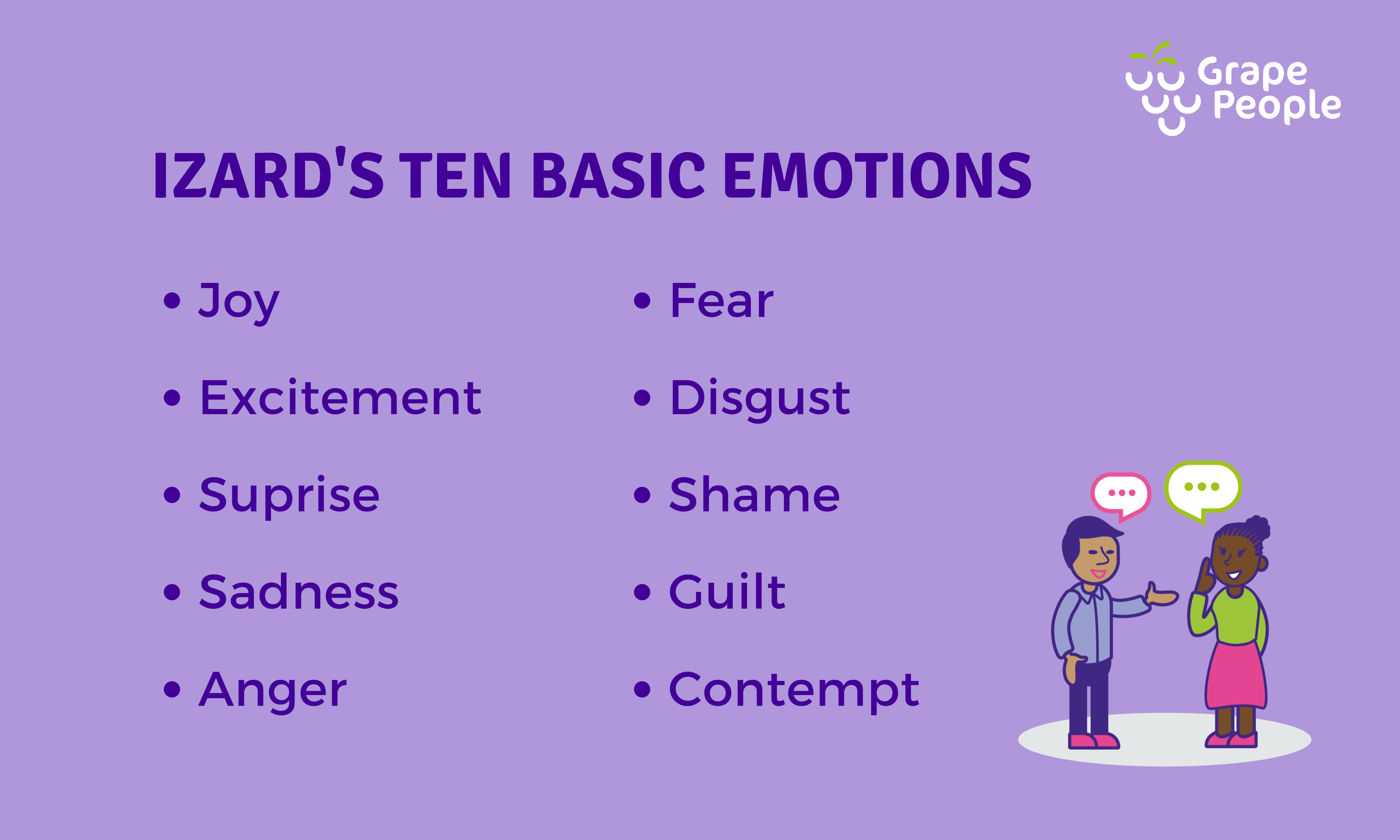 Izard’s work demonstrated that these ten basic emotions were natural to us, so much so that infants could feel them as soon as they were born!  What does this mean for you and your work?  It means that you don’t need to worry about being misunderstood.  If someone is not feeling the exact same thing as you, they will at least be able to relate to the emotion that you are feeling because they have felt it too at some point.  Even better for us group leaders, it means that when prompted, everyone should be able to easily discuss these ten basic emotions.

I often use emotions as part of a warmup activity to begin a workshop. There are as many warmup tools as there are stars in the sky, but one I use again and again is called Archipelago of Emotions. The tool is easy to use and does not take up too much time.  You prepare the group by choosing a few emotions off of Izard’s list of essential emotions and writing them down on a large piece of paper.  Then, put these papers in different corners of the room.  These pieces of paper are your islands that form an Archipelago and give this tool its name.  You then tell participants to choose an island they want to visit, and to go there.  The main rule is that while they are there, the only topic of conversation is the emotion assigned to the island they are visiting.  If someone visits the fear island, they need to talk about a time they felt fear, or something that is making them fearful now.  After everyone has had the chance to visit an island for about five minutes, you can have people rotate to a new island to talk about a different emotion.  I like to give everyone at least a couple rounds of discussion to give folks the chance to discuss a few different topics.  I also make sure to mix in both positive and negative emotions to give participants some variety to choose from.

I love using Archipelago of Emotions because it creates trust through self-disclosure. Usually, we only explore the surface levels of self-disclosure.  Maybe you give your name, the city you are from, and a hobby you enjoy.  These are facts about you, sure, but they are trivial.  It’s easy to share these things to a stranger.  Talking about emotions, fears, wants, and dreams is something completely different and more challenging. Sharing the emotions you feel is self-disclosure on a deeper level than what people usually reach at work. As people share what they are feeling, they become more comfortable and realise that others feel the same way. You feel empathy and relate to what other people are going through, and strong connections are made.  Sometimes, a bit of emotional therapy goes a long way!  I use the Archipelago of Emotions when I want to connect participants and create trust.  I like to accomplish these two important objectives right away, so I often use this as a warm-up activity to begin a workshop.  The Archipelago of Emotions is a great tool, but it can’t do everything.  I don’t use this tool if there is an open conflict between group members.  That would be a bit too heavy for this tool.  Archipelago of Emotions is all about getting people to open up and talk a bit about their feelings to get them comfortable for potentially heavier work that comes later.  It also gives people the chance to vent a bit and get something off their chest.  But as far as conflict resolution or mediating a problem, it would not work.  For that I would use something much more thorough, like Dynamic Facilitation.

One emotional block that facilitators and group leaders see again and again is anger and fear of being blamed.  Have you ever had to collaborate with someone, and things did not go according to plan?  If so, you might have felt angry that things did not work out, and maybe you were worried about what the other person was thinking about you.  It’s common for strong disagreements to be born out of the fear of what the other party thinks.  Are they disappointed or angry with you?  Are you afraid that they are blaming you for something out of your control?  It can be hard to directly ask the other side how they feel about your work. These fears and doubts are draining, and they get in the way of progress.  One tool that helps someone eliminate these negative emotions and fears is called Timeline.  Timeline is a tool that forces someone to examine their own feelings and emotions that they felt throughout a period of time, for example the duration of a project.   You begin Timeline by asking everyone to draw a line on a piece of paper and mark the left side of the timeline with the starting time of the period that is being reviewed, and the right side of the timeline with the word now, or the ending time of the period that is being reviewed.  Then, ask everyone to mark major events, successes, and disappointments on their timelines.  Next, they will draw a new line that runs from the beginning of their timelines to the end.  This line represents their emotional state at a given time.  They should mark positive feelings on top of the timeline and negative feelings under the timeline.  Once everyone has come this far, the timelines are complete, and it is time to talk about the results.  What do the timelines reveal about everyone’s emotional state and feelings?  You can then use the timelines as a springboard to fuel more discussion later in the workshop. 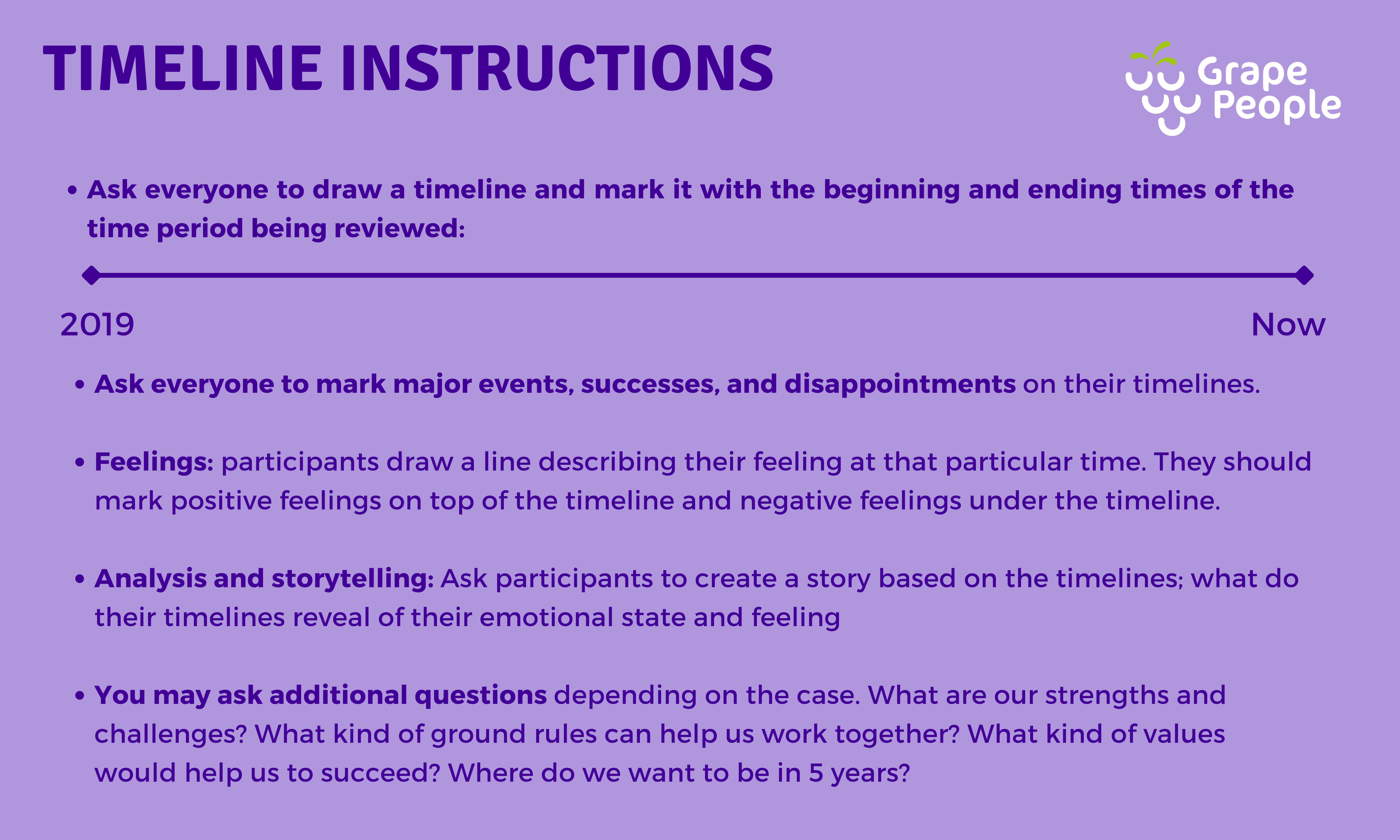 Timeline is a great tool at clearing up misunderstandings.  If a project goes horribly, it’s common for each side to assume that they are being blamed.  Timeline helps both sides see that their emotions were aligned and that they were experiencing similar things.  It is a great tool to eliminate blame and work past negative emotions and the fear of negative emotions.  Once this is done, a failed project can be reviewed with clear eyes and discussed more productively.  People are ready to look for solutions instead of being stuck in negative emotions or worrying about what someone else is thinking.

There are many more group tools that effectively harness the power of emotions, and there are countless ways that emotions can pop up within organisations or in a workshop.  This post is just a brief introduction into a broad topic.  The main takeaway for today is that emotions should not be avoided, and you do not need to worry if they do come up.  An emotional situation may feel challenging or even scary at first, but with the right tools you can lead a group through it and to much greater results than if emotions are ignored.

If you wish to learn more about these topics,
check out our upcoming WEBINAR and TRAINING >> 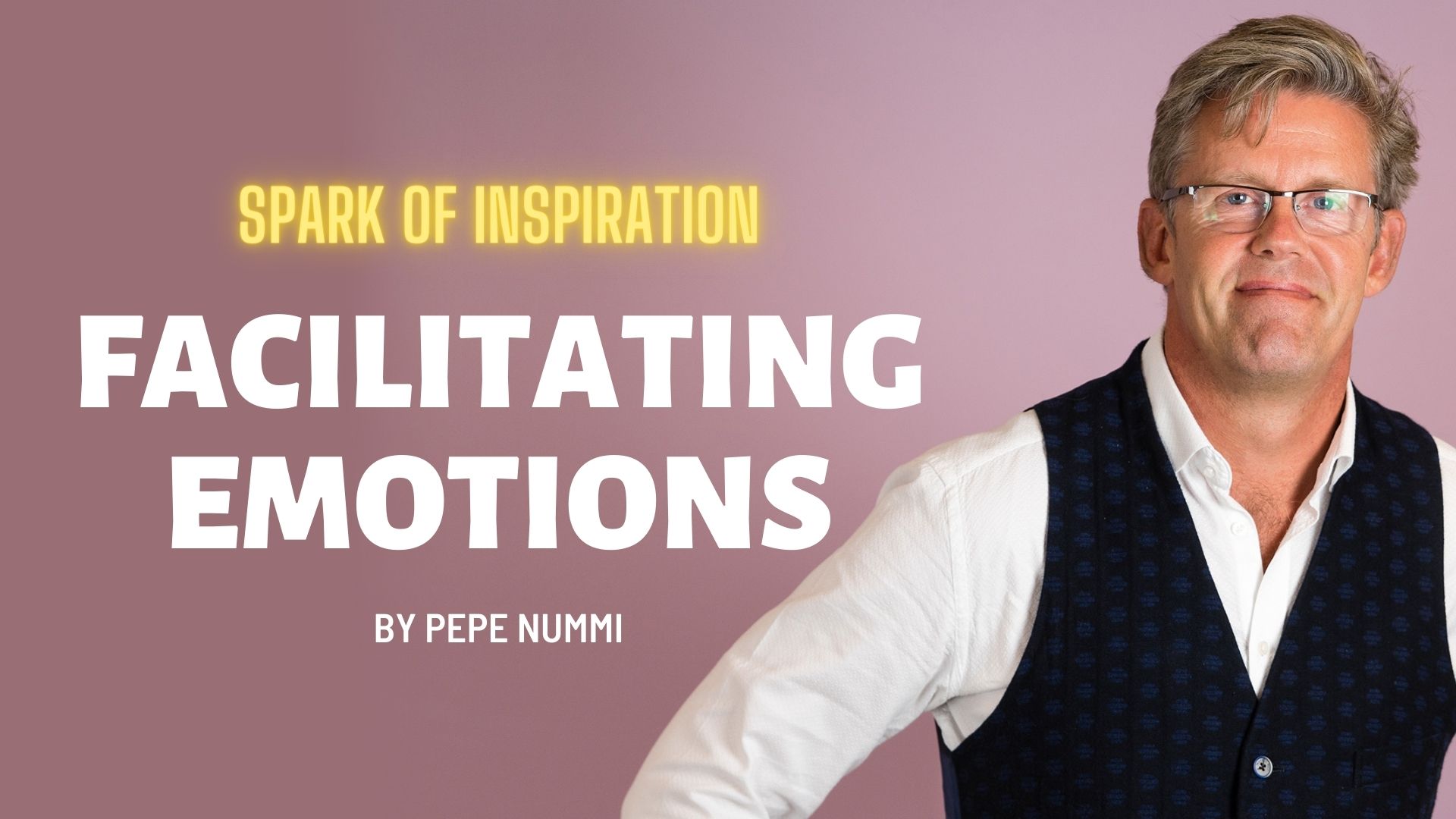 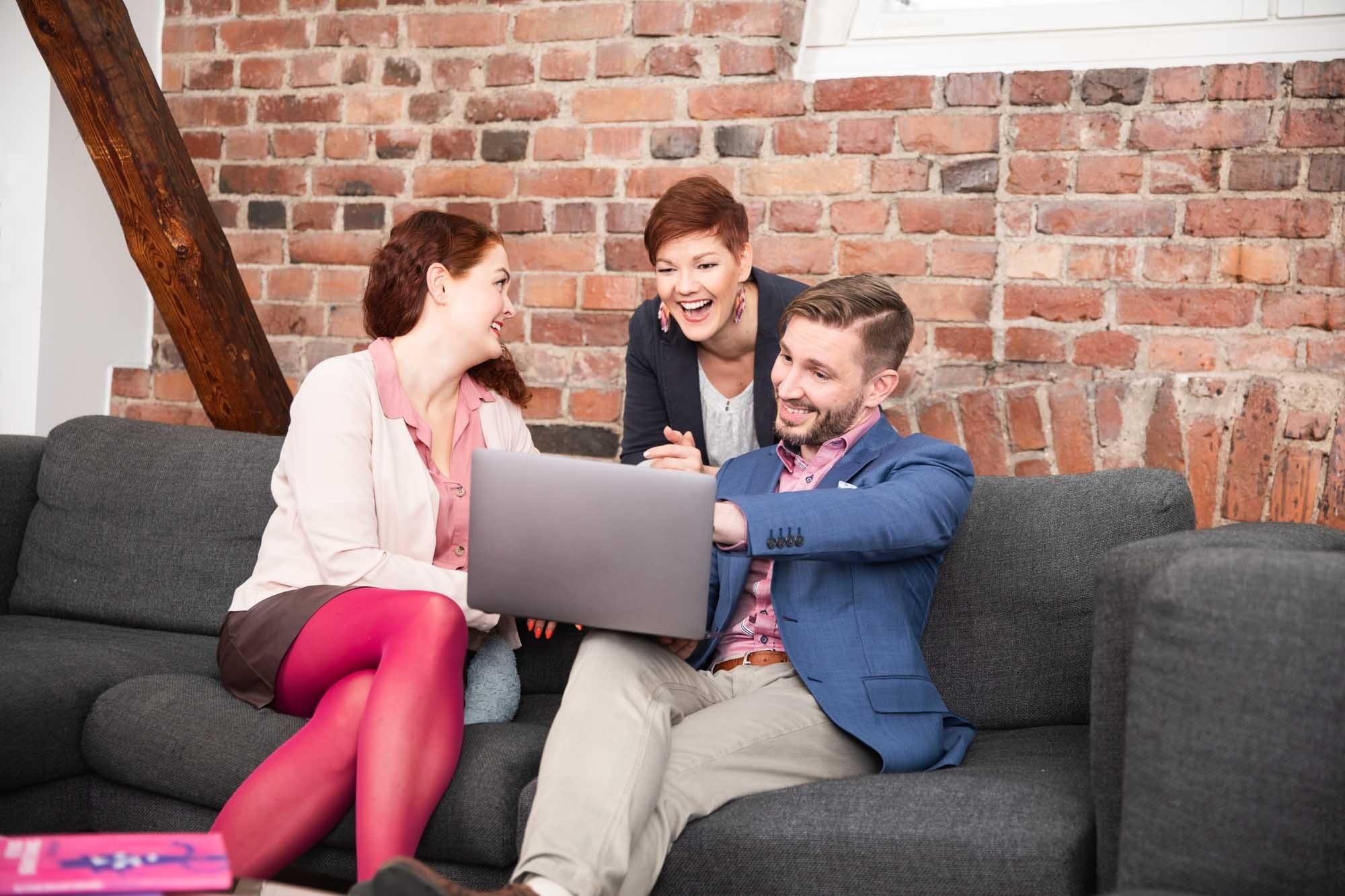